Reflections from the Chairs

To mark the ten-year anniversary of the Academy SAS Committee, we asked Chairs past and present for their reflections on the SAS experience and the main achievements and challenges they faced while in post. 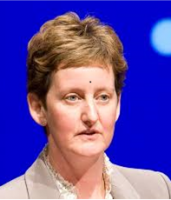 The benefits of a joint committee were clear from our first meeting at the Royal College of Surgeons of England, when in 2009 a group of SAS Committee chairs of different Colleges took the initiative to meet regularly.

Before this, my opinion was narrower, constrained by my own experience within my College, Deanery and Trust. Working jointly gave us a powerful perspective and a broad view on current matters relevant to SAS colleagues, which we could take back to our Colleges with confidence. These meetings provided valuable insights into how different Colleges were approaching common areas such as credentialling and CESR applications.

The Academy SAS Committee was formally established two years later – with invited representatives from all medical Royal Colleges in the UK. As Chair, it was my role to guide overall strategy and I had the privilege of hosting the first Academy SAS Conference in 2012.

Despite the challenges, we always believed that this Committee formed a base of experience and knowledge beyond our own echo chambers. 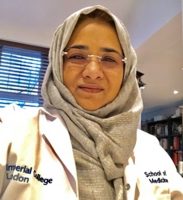 As Chair, I found myself at a watershed moment in the world of higher medical education in the UK. This was around 2012-2013. The Deanery was about to restructure into three Local Education and Training Boards (LETBs) and the SAS support was being shifted from the centre to local education providers or the individual Trusts. It was also around that time that serious guidance around the role and expectations for SAS doctors were produced, such as the SAS Charter.

I enjoyed the opportunities to play a vital role and have the SAS voice heard in the committees that as Chair I was invited to, such as the GMC Credentialling committee and the revalidation committee within the Academy before it merged with the education committee.

I found the role of Chair extremely exciting and pivotal in ensuring that all Colleges were clear about their SAS doctors’ educational needs and how best they could be facilitated. I learnt a lot from this for my personal professional development.

I was appointed as Chair of the SAS committee at the Royal College of Psychiatrists (RCPsych) in 2012, which I represented at the Academy.

Then came a fantastic opportunity in 2014 to chair the SAS Committee at the Academy. It was a valuable experience to chair this committee as the members are experienced clinicians from other specialties sharing a common goal of raising the profile of SAS doctors around the country and portraying the hard work we do every day in our professional life to several stakeholders in the NHS and the public.

The board of the Academy were very supportive of the committee and we were valued and I was also the part of the Academy Council. During my time we worked closely with the British Medical Association (BMA), NHS Employers, the General Medical Council, the Faculty of Medical Leadership and Management, Health Education England and other organisations. We organised SAS development workshops in different parts of the country involving SAS doctors. A new charter for SAS doctors in England was launched working with the above organisations which was a great experience and a once in a lifetime experience for me.

Personally for me it was a learning experience to sit with Deans and Presidents of the Royal Colleges with several decades of experience between them in the Council meeting and observe them making decisions and devising strategies which would have significant influence on people in the country in a positive way.

When I joined the Royal College of Anaesthetists (RCoA) Council in 2015, I was also given a seat on the Academy SAS Committee. Initially I found the group small and only a few Colleges were represented, some by a consultant Council member leading on SAS issues rather than a SAS doctor. At the time many Councils had no SAS members or only co-opted seats and I am pleased to see this is gradually changing.

The role of Chair of the Committee became mine somewhat by luck rather than by design, and is probably a reflection of the huge support I have received at the RCoA which is leading the field with two full SAS Council members.

I provided a SAS presence at the majority of Academy Council meetings during my time and enjoyed meeting so many inspiring leaders. I am proud to say I have been able to invigorate the Committee by creating a larger, more active and increasingly confident group which has now published SAS opinions and guidance papers as never seen before. Collaboration culminated in a successful multi-specialty conference in April 2018 with 100 paying attendees.

I am particularly pleased to have gained support for the re-introduction of a senior SAS grade, hopefully offering better career progression and satisfaction in the future. Since the Academy took on the administrative support of the Committee, the work has become more visible and much better embedded in other Academy work. After a period of succession planning, I was delighted to hand over to my successor, Waleed Arshad, who has been a great collaborator. 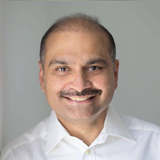 Building further on the work of my predecessors, the Committee is now more inclusive; it has SAS representation from all Colleges who have SAS doctors/dentists, has a lay representative, and is also more collaborative; it has reciprocal co-opted arrangements with the Academy Trainee Doctors’ Group, the British Medical Association (BMA), and British Dental Association (BDA).

I have been humbled by the generosity of my colleagues in terms of their time and energy. We have held a national conference in November 2020 with 171 attendees, contributed to the revision of the SAS Development Guide in September 2020, published eight papers and the first-ever ‘SAS’ blog by a lay representative. I have worked along with colleagues from the Academy, BMA, and NHS Employers for the introduction of the Specialist doctor/dentist SAS Grade.

I hope my and my predecessors’ work inspires SAS colleagues to engage with and join Colleges/Faculties, be future college SAS Leads and Chairs of the Academy Committee. The Colleges and Academy have made and can continue to make a significant positive difference for the SAS workforce.